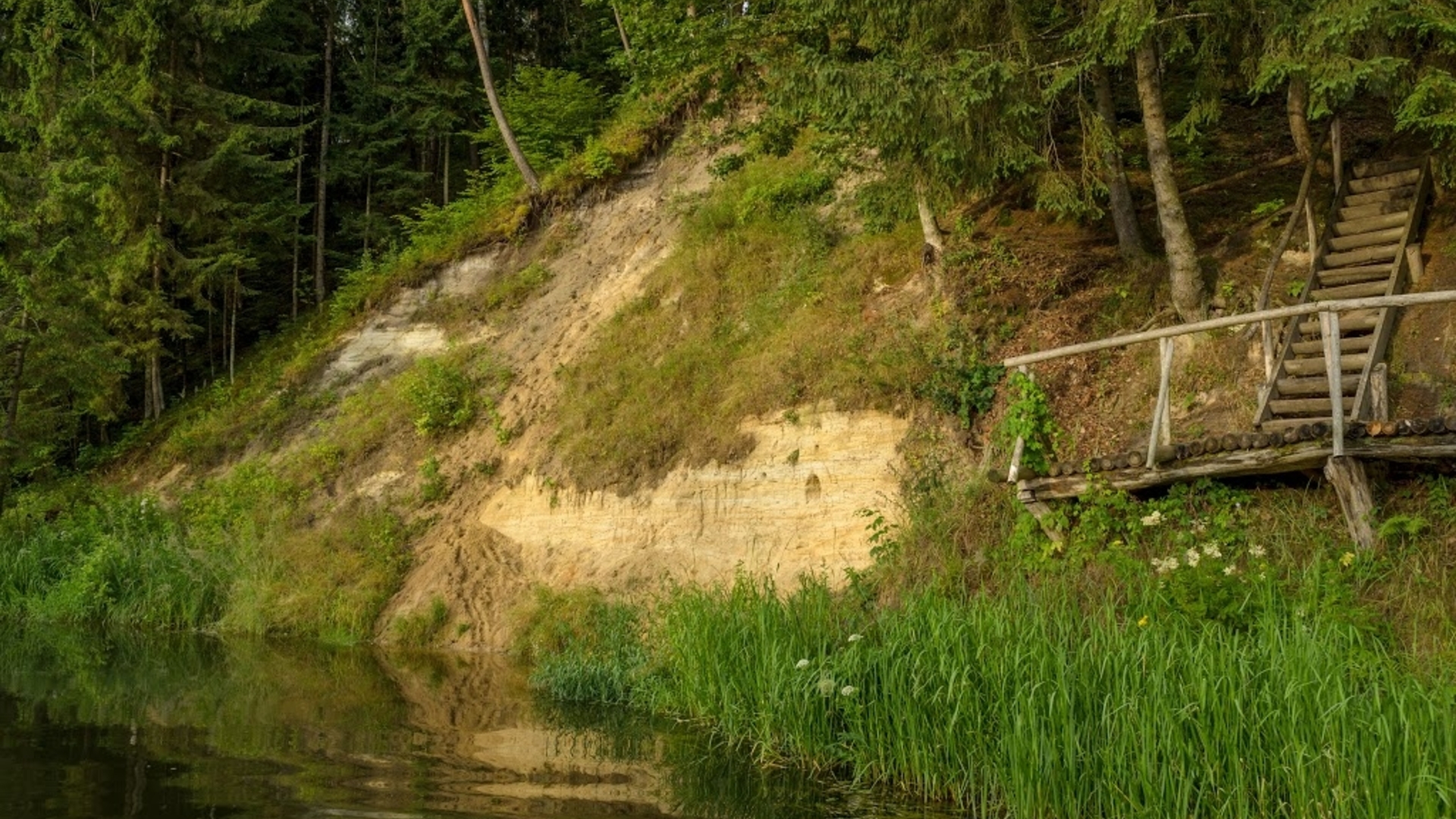 This escarpment is also called the Hill of Žėba as it forms the sourthern 420 metres long part of the Žėba Hill. It is one of the biggest outcrops of prequarternary formations in Lithuania. It is 20-30 m height and 25 m width. According to geologists, it is a unique outcrop because it is like an open book of Anykščiai region natural history revealing preglacial, approximately 400 million years old layers, composed of ligh quartz and mica sand. These layers comprise plates of Asterolepis radiata Rohon, poorly developed fish having no sceleton, the age of which reaches 300-350 million years. These fishes are recorded in the Lithuania’s Book of Records (1993) as the oldest fishes found in Lithuania. Vetygala Escarpment is a natural geological monument since 1964.