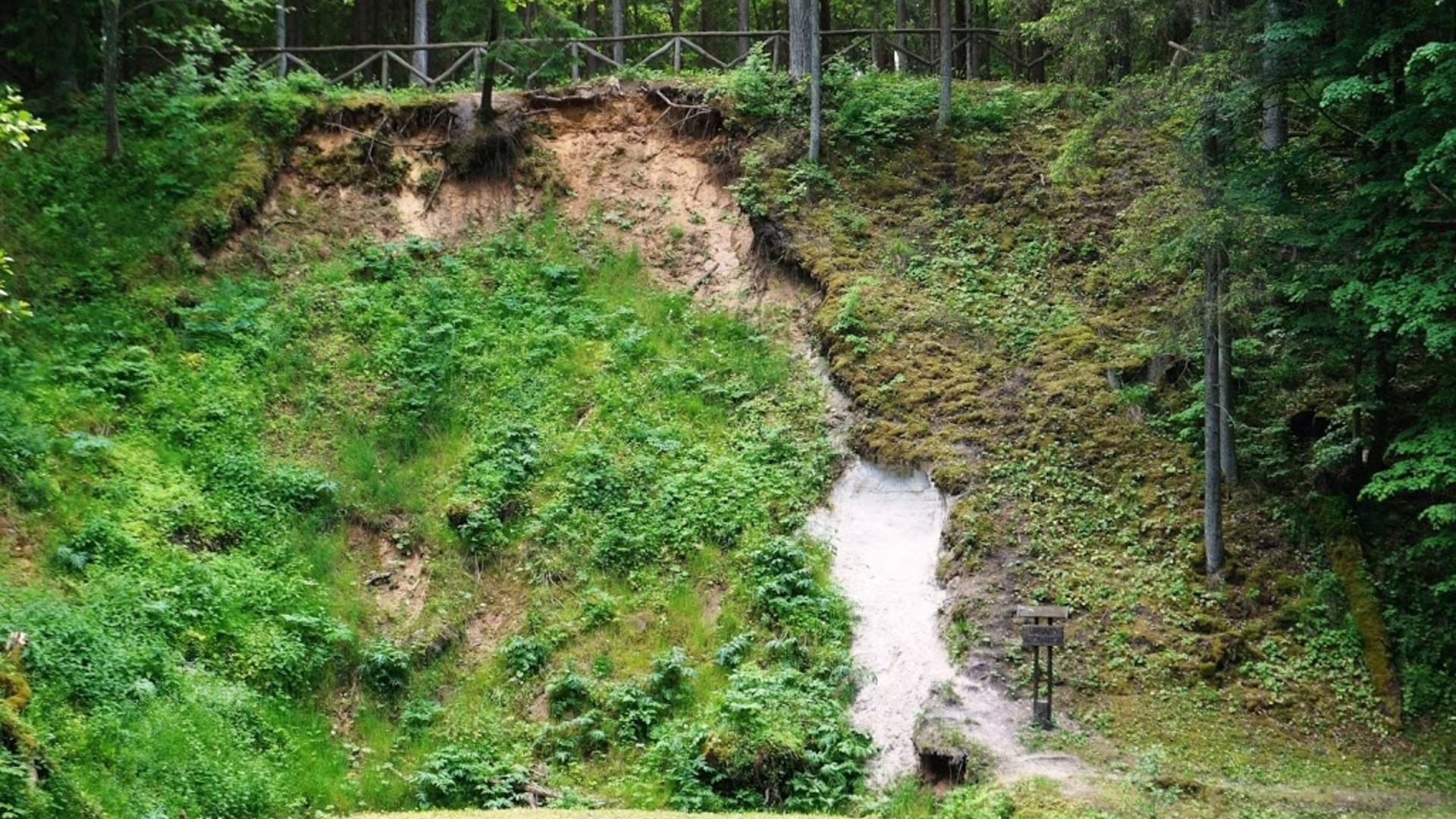 It is almost 15 metres high undermined right bank of Varius river (named under the copper colour of its water). The length of the exposure along the Varius River is approximately 26 metres. The quarternary thickening of Varius Escarpment is characterised by deposits pushed and wrinkled by glaciers. According to the studies of spores and pollen, it may be claimed that carbonaceous quartz sand laying in the lower part of the exposure formed in lower Miocene (approx. 5 million years ago), and the pollen-free white quartz sand above it formed much later, in the late Pleistocene (approx. 12 thousand years ago) or even in the early Quaternary period (current development period of the Earth). It is a state protected geological nature heritage object.