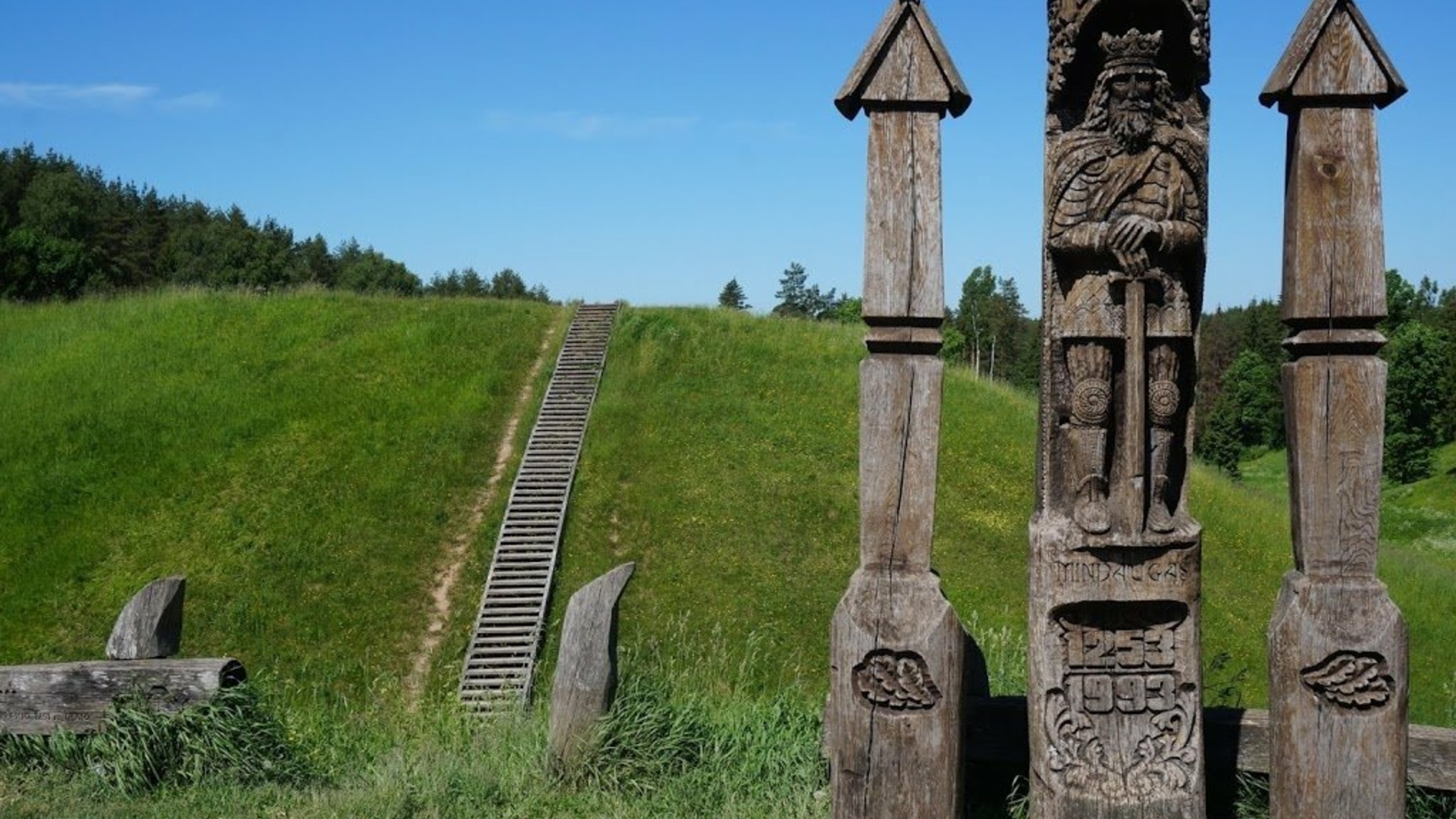 One of the largest and most spectacular mounds in Highlands, Šeimyniškėliai (Voruta) mound, located nearby Anykščiai, in the direction of Svėdasai, is surrounded by two deep valleys and streams – Vorelis and Volupis.

In the middle of the 13th  century, the one of the largest wooden fortresses of the Eastern Europe stood here, the guard of the north Lithuanian state border. It is believed that it is the place where King’s Mindaugas Voruta Castle used to stand. Today, it is the most widely studied mound in Lithuania, and one of the most studied mounds in Eastern Baltic region. In 1990 started archaeological studies, they included 19 study seasons.

The idea is being developed – to arrange this place into a “living history” place: a wooden bridge was built over one of the streams, two wooden watch towers were raised and a courtyard reminiscent of the medieval times is equipped by the mound and all of this is designed for educational activities. Some archaeological findings, the armour of 13th -14th century, household items once used by castle builders, residents and defenders in their everyday life as well as for warfare, the model of the fortress are displayed in the exposition. While in the yard the visitors can try themselves at archery, play historical games, enjoy thyme tea prepared on the fireplace or buy original souvenirs.

Also, various historical feasts are being celebrated on the Šeimyniškėliai mound: the 6th of July – the Coronation Day of the Lithuanian King Mindaugas, the 9th of May – the Europe Day, the Midsummer Day in the June.