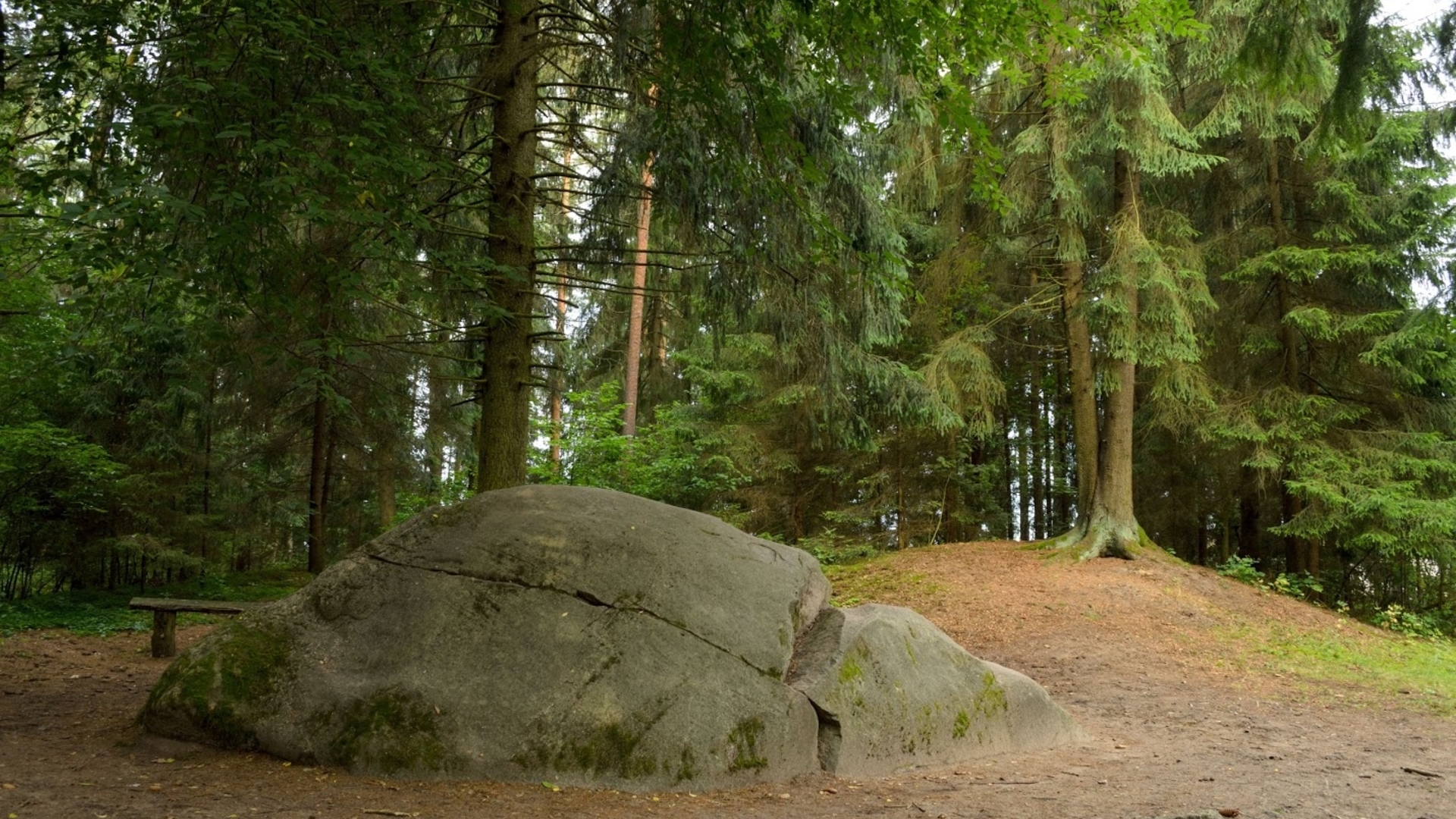 This boulder is like a brother to the Puntukas Stone and if excavated it could compete with its brother. The boulder is 6 m long, 4.7 m wide, and 1.7 high if measured from the ground. It is flat and impressive boulder. On one side, the Puntukas’ Brother has a crack which makes it resembling a fossilized beast with its jaws opened. The Puntukas’ Brother is often visited as it lies in the Anykščiai Pinewood landscape reserve. The classic writer Antanas Vienuolis used to say that near the Puntukas’ Brother there used to be an ancient Lithuanian temple. In 1964, this boulder was announced a natural monument, and in 1985, it was established as a geological natural monument. Cultural heritage object with mythological and landscape significance.