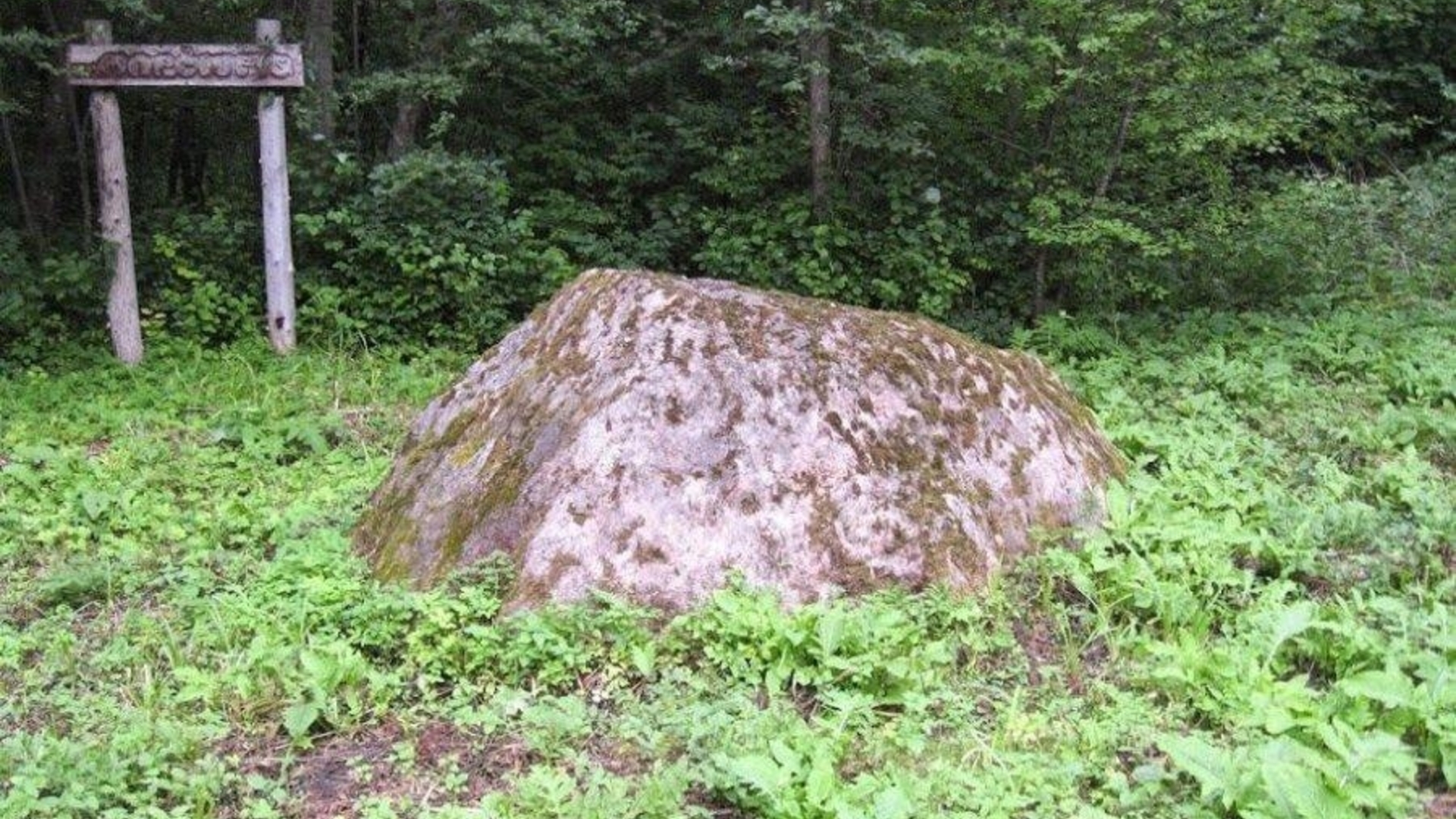 It is pink, oval in shape coarse-grained granite boulder. Since it lies in osier-bed, most probably a large part of it is drowned in mud. The legent says, there was a wedding and gromm‘s parents not satisfied with the bride. When the newlyweds were passing the place where currently lies the boulder, groom‘s parents cursed the daughter-in-law and she turned into a boulder. Another legend says, there is a boulder in the stream Marčiupis that curves in Anykščiai forest from which once fell down into the water and drowned a poor violinist and his noble fiancee. In 2000, the boulder was included into the list of cultural heritage of the Republic of Lithuania (list of mythological places).