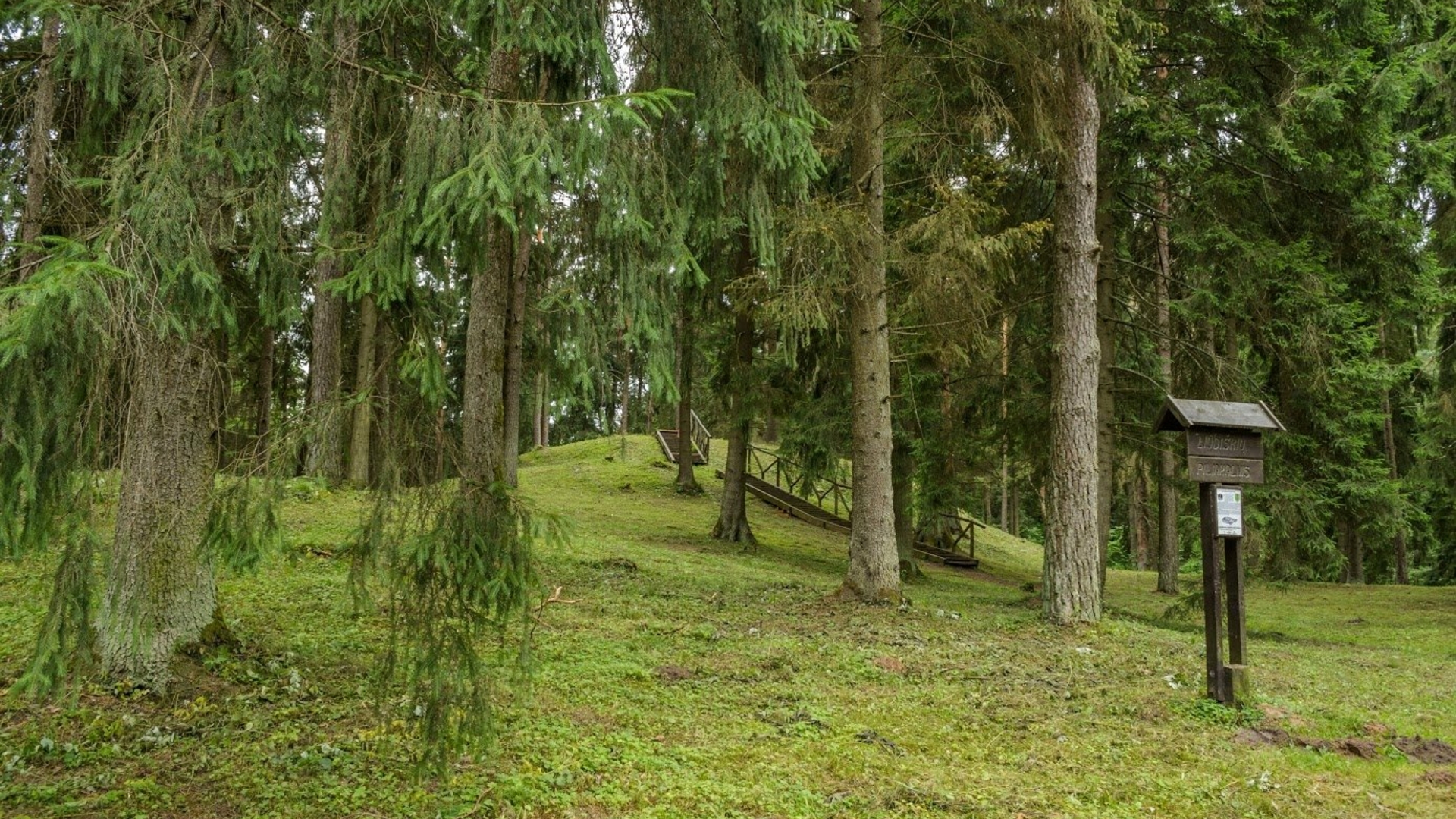 Studies show that in 3-5th century a wooden defense castle stood there. The forest is angraved by deep erosive hills. The mound stands on a separate hill at the highest point of the string of hills called Aruodai which forms the edge of the river Šventoji upper terrace. The top of the mound is flat and oval in shape. The mound has steep slopes that are from 6 m (in the north) to 17 m (in the south) high. In 1990, the mound was being studied by the Lithuanian Institute of History (leader Gintautas Zabiela). The section of the mound at the eastern part and slope revealed a cultural layer of up to 20 cm with remains of striped and rough pottery and clay-covered wooden blocks with boulder paving on the inner side. The mound dates back to the first half of the first millennium.