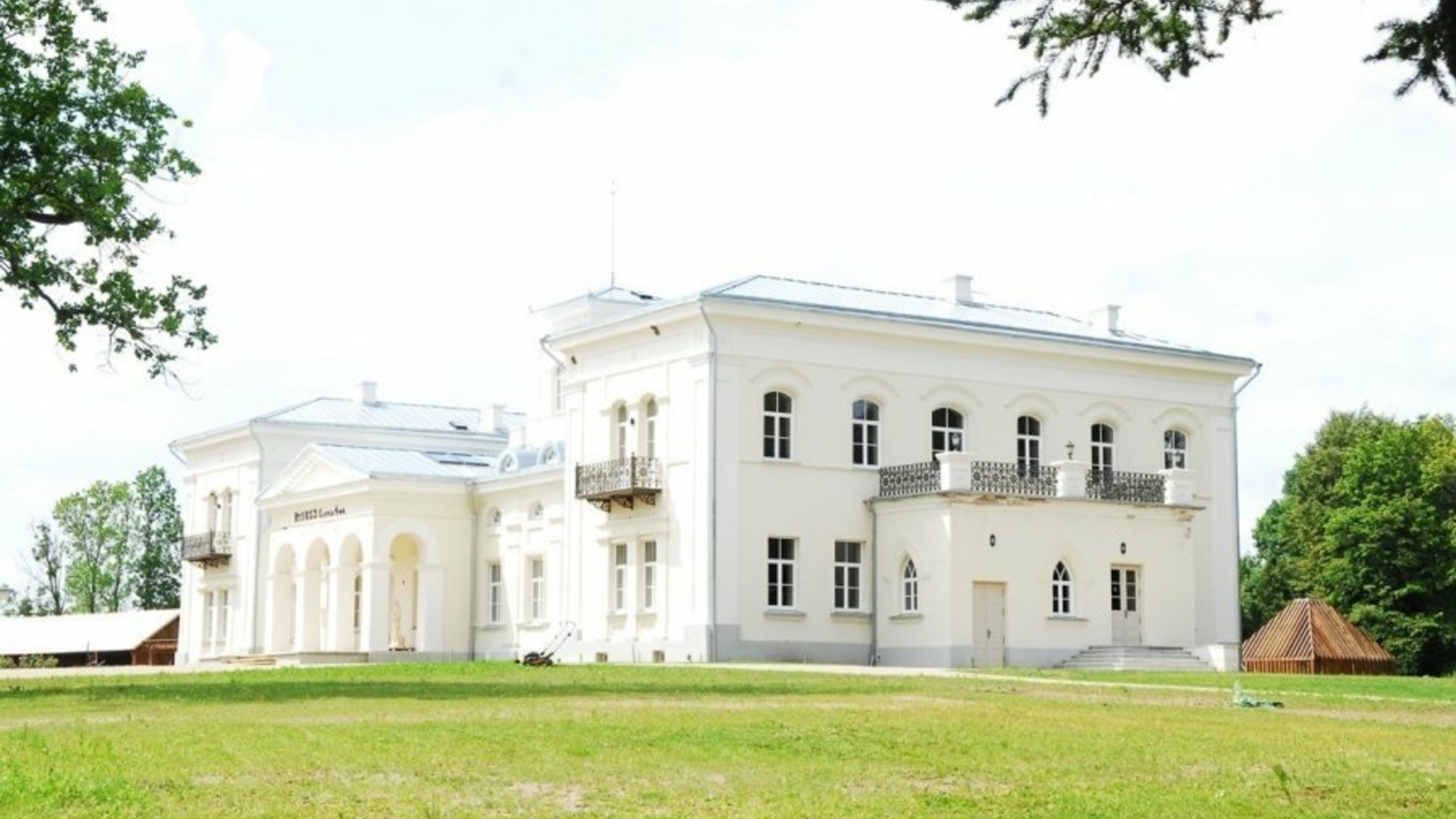 Standing on a scenic left bank of the Anykšta River, the elegant palace can be seen from afar - it is an architectural monument of the 19th century, a neoclassical era gem, fascinating us with its subtlety and elegance. A graciously designed local park, a home for more than 30 species of trees and bushes, blends into the landscape as an oasis of peace and tranquillity. Burbiškis Manor House, built in 1853 by the Lithuanian - Polish noble family, Venclovavičiai, remains one of the most beautiful examples of its sort in Anykščiai region. Visitors can book a tour during which they will be introduced to the history of the manor, will be given a possibility to see the rooms and halls of the manor, and try the seats of a primary school that used to operate in the manor. The guide will tell the visitors the stories and gossips from the lives of the courtiers, take to the observation tower and show other impressive spaces of the manor.