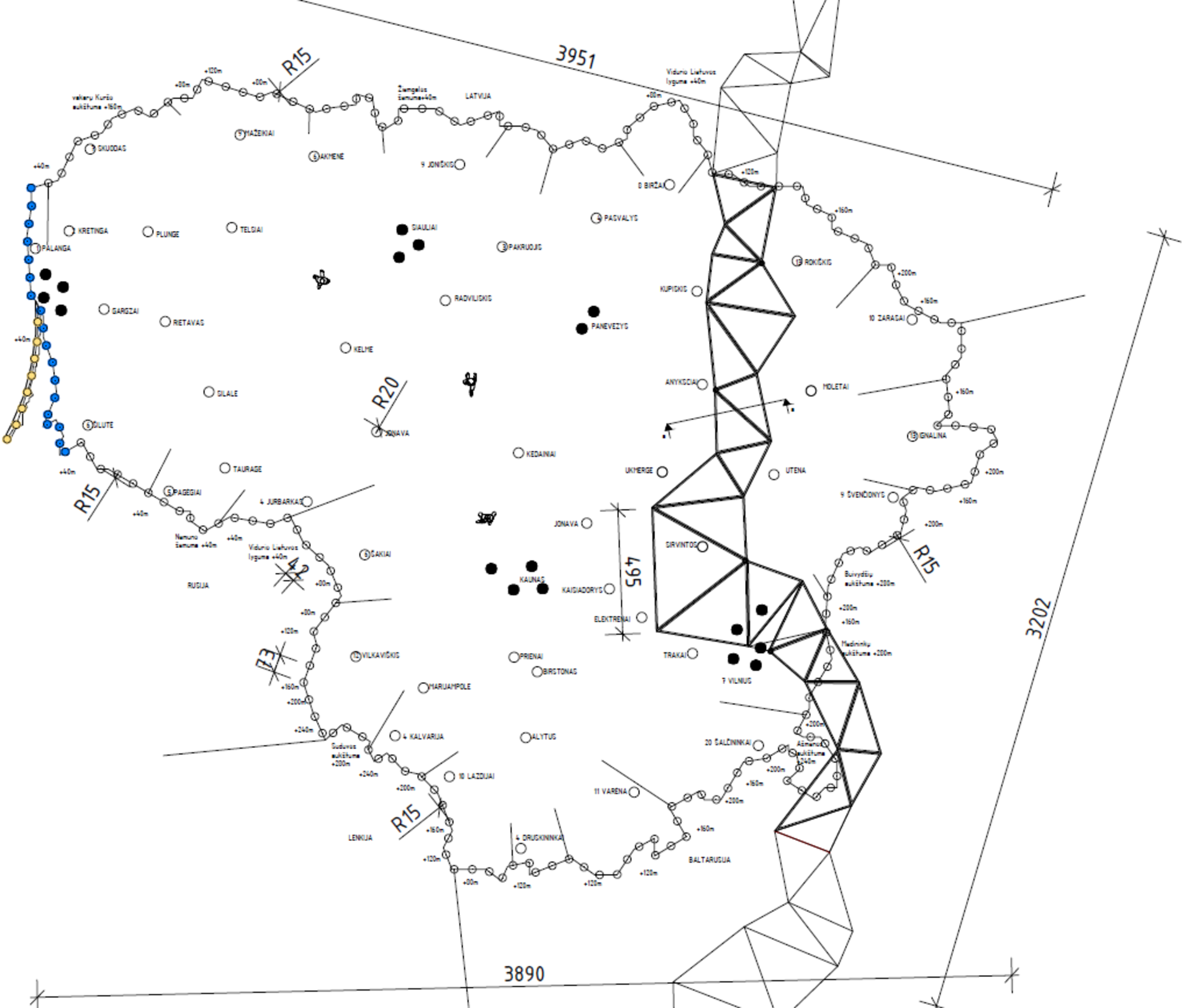 Angular measurements are the main measurements in a triangulation chain. Only when all three inside angles of a triangle are measured and a length of one side is determined, lengths of the other sides could be calculated applying sinus theorem, and the chain measurements might continue.

In order ensuring a visibility amongst adjacent chain’s points triangulation towers, up to 50 m high, were established at the points of the Struve Geodetic Arc. Lights were turned on in the towers and during the night, when visibility was better, angular measurements were performed with special geodetic instruments. F.G.W. Struve mainly used Reinbach's German universal instrument (Vernier-type theodolite) and C. Tenner applied instruments from seven different manufacturers. Some devices were invented specifically for the expeditions of Struve Geodetic Arc. Measurement accuracy of the instruments vary from 4" to 10" (seconds). During the Struve Geodetic Arc works each angle has been measured 20-50 times, achieving high, up to 3” mean deviation accuracy.

In front of you, you see a layout of the territory of Lithuania at scale of 1:10 000. 10 cm corresponds to the actual length of 1 km. Knowing the length of your foot or step, measure an approximate distance between Lithuanian cities. You can also measure directions from North or angles between different locations in Lithuania. The heights of the poles marking the contour of Lithuania show changes in elevation.

Measure the horizontal angle between the vertices of the triangles using simplified instruments. The course of measurements:

1. Direct the binocular to the right triangle‘s vertex, where your assistant shall hold a mark perpendicularly to the ground. Try to position the binocular so, that the mark would appear in the central focus, use the binocular’s sight.

2. Determine the angular value according to the arrow, which is fixed in parallel to the binocular. The circular limb of the simplified instrument contains two hemispheres of 180 degrees. The 0 (zero) corresponds to Nord of South. Digits show tens of degrees, small divisions – degrees. Please note down the value of this right vertex, i.e. - 33 degree.

3. Now let your assistant to bring the mark to the left vertex of the triangle. Direct the binocular to the mark and determine the value in the limb, i.e. – 159 degree.