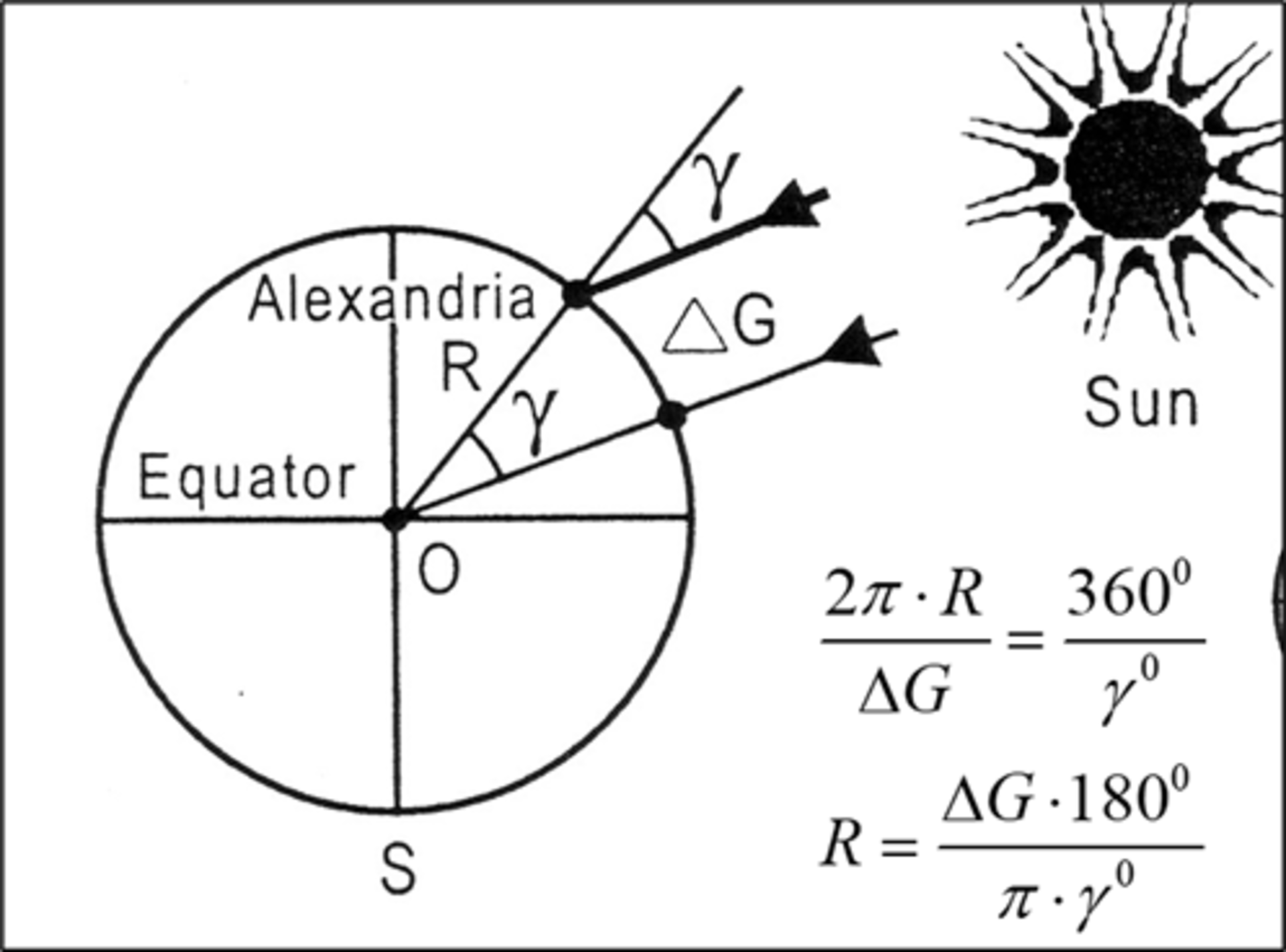 2 How to measure the Earth?

How to measure the Earth?

First attempts to determine size and shape of Earth are known from Antic era. The radius of the Earth was determined by the Greek scientist Eratosthenes in the 2nd c. BCE. He assessed the one-degree of the meridian, passing through Alexandria and Siena (currently Aswan, southern Egypt). He calculated Arc length by the speed and length of time it took caravans to cross the desert. The difference between latitudes was calculated based on the measured shadow at midday, determining zenithal angles of the Sun. The estimated radius of the Earth 6 320 km by Eratosthenes is only 1% different from what we now know (6 371 km).

The Dutch scientist W. Snel (Willebrord Snel van Royen) introduced a triangulation method at 17th c., which greatly simplified the measurement process and allowed to determine long distances much more accurately. The principle of the triangulation method is composing a chain of triangles along the targeted line, accurately measured one (shortest) side, called “baseline”, and determined angles of the triangle. The lengths of all unmeasured triangular lines are calculated using angles and the baseline applying the formulas of the so-called sinus theorem.

259 triangulation points have been designed and established in the Arc choosing locations in the highest hills. The points on the triangulation chain were commemorated by laid fieldstones, bound together with lime-wash in a dug pit. A hole was drilled at the top stone. The hole was filled with lead and a cross was marked on it in the centre.

The following measurements were performed: 1) angle measurements between all triangular strings in the chain; 2) measurements of distances of ten baselines (2-11 km long), and 3) observations of celestial objects by thirteen observatories to determine the latitudes of astronomical points and astronomical azimuths of directions to adjacent points.

18 points were established in the territory of Lithuania forming 18 triangles.

Please measure the size of your feet and step (benchmarks) using the control bases. You will need these sizes for measuring distances in other exhibits.