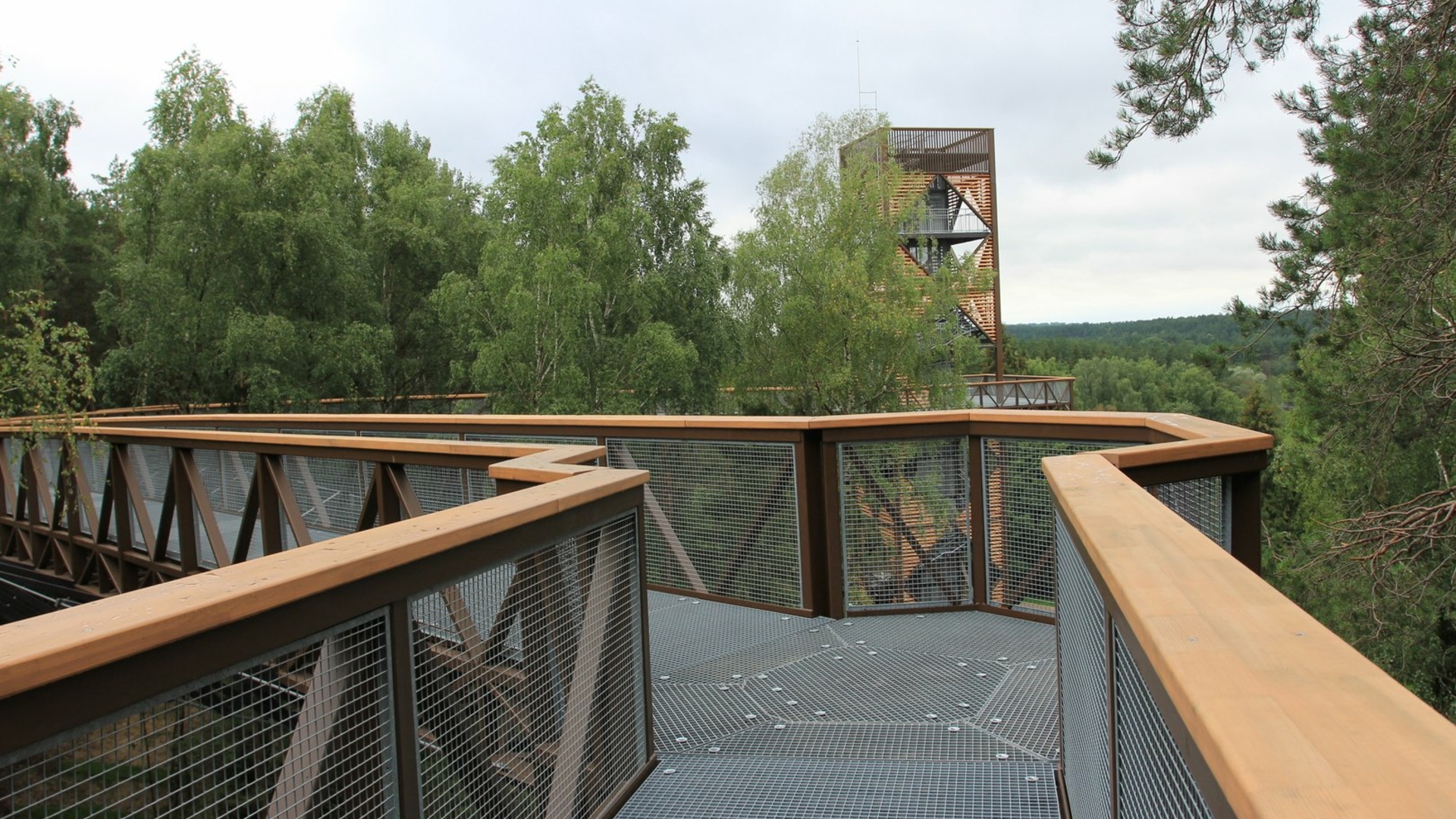 The Treetop Walking Path is the first path in the Baltic States and entire Eastern Europe that provides an opportunity to take a walk high above the ground, at the level of treetops. The Treetop Walking Path is 300 meters long and gradually rises up to 21 meters above the ground. The observation tower at the end of the Path is 34 meters high, and enables visitors to observe the praised Anykščiai Pinewood, admire the winding Šventoji River, and see the towers of St. Matthew Church, which is the tallest church in Lithuania. 395 tons of metal and 1500 m3 of concrete were used to build the Treetop Walking Path.

The Treetop Walking Path was opened on 7 August 2015. Its opening ceremony was even attended by the Lithuanian President Dalia Grybauskaitė. The Treetop Walking Path Complex includes: an information centre, the path, and a watchtower. Architects of the structure: Alvydas Mituzas, Arvydas Gudelis, Andrius Dirsė. Original architectural solution: a folk band from Lithuanian ethno-cultural region called the Highland was selected to be the architectural motif of the watchtower. Diamond shaped motifs in the band dominate the facades. 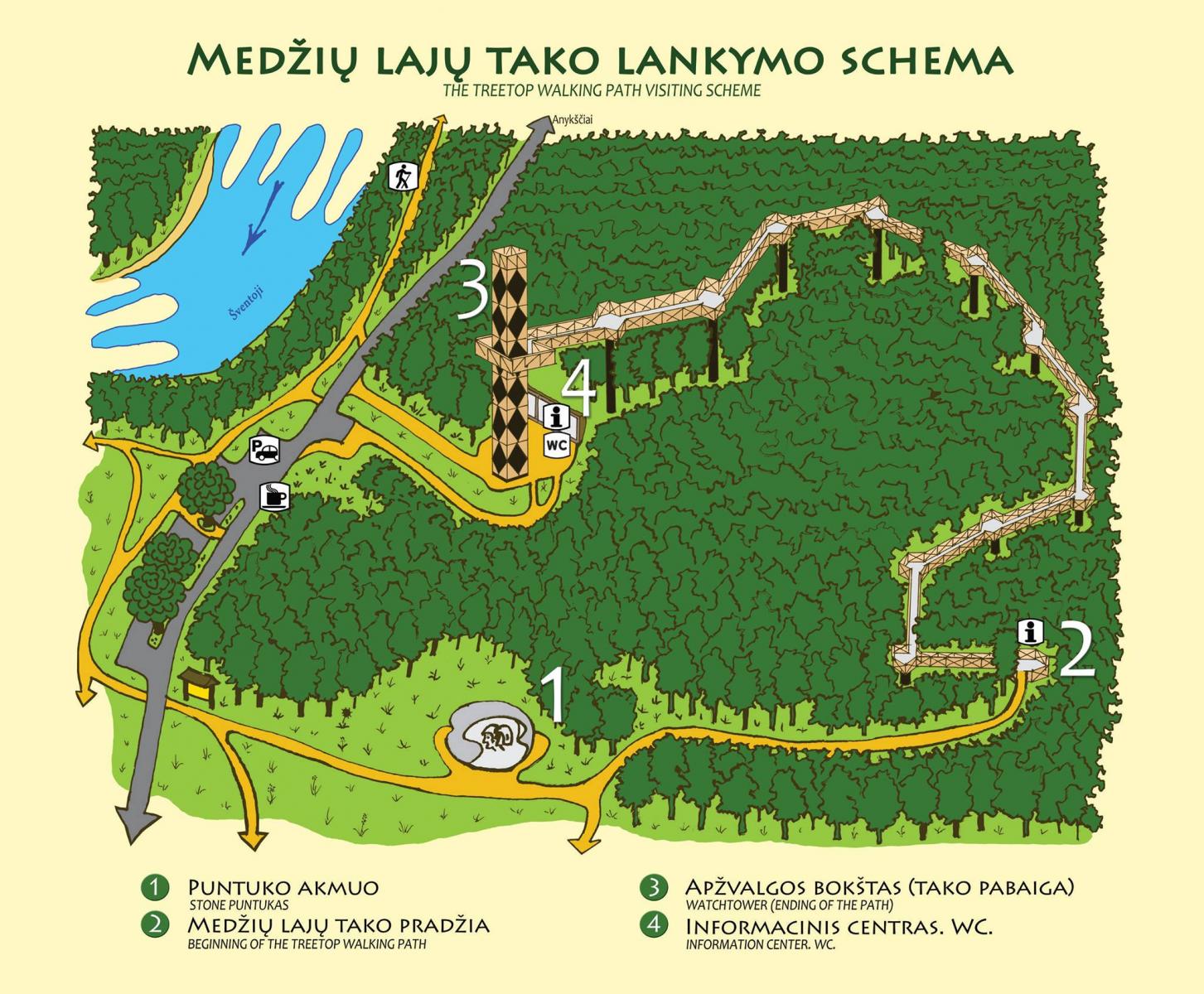